Cruisin' With the Cash

I have always considered myself extremely lucky to have some of my closest friends today the same friends I met long ago in either elementary or junior high. I've heard so many stories of people falling out of contact from their childhood friends for a variety of reasons. While I've definitely made some amazing friends in recent years, I feel like my childhood friends could (and hopefully will!) be around for many years to come. Let me introduce you to... 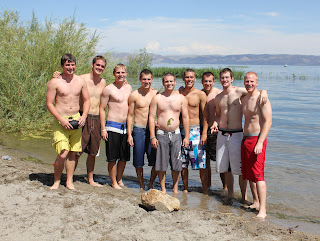 ...The CMC aka the Cash Money Crew!

Yes, I will admit it right now that I am slightly embarrassed that my guy friends (my husband included) call themselves the Cash Money Crew. I like to say "Cash" so I don't sound too gangster. Haha. All jokes aside, the neat thing about this group of guys is that they have all known each other since elementary or junior high and still get along fantastically! I have had the privilege of knowing most of these guys since kindergarten and couldn't have asked for better guy friends than these! Now I must set the stage for the better half of the Crew... 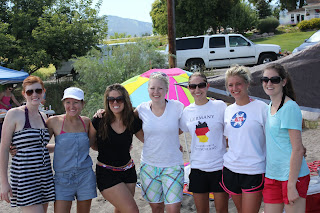 Just like we've known the guys since we were wee ones, the girls have also known each other since we were in junior high! The best part about this story is that 4 of us couples dated our spouse in high school, waited for them while they served missions and then were married when they got home! You couldn't write a story better than that!

Towards the end of the summer, Jeff and Ally's grandparents let us stay at their house in Bear Lake for a few days so we could hang out and play on the lake. It was so much fun! It's such a hoot getting everyone together because we always have so much to reminisce about. Here are some of the pictures from the trip: 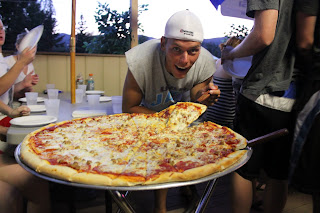 These pizzas were HUGE and we finished two of them! 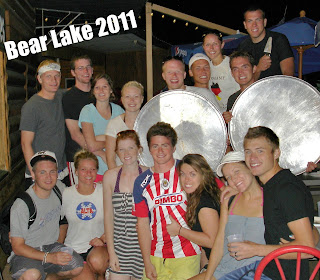 I know the guys had way too much pride to let the pizzas sit there unfinished! 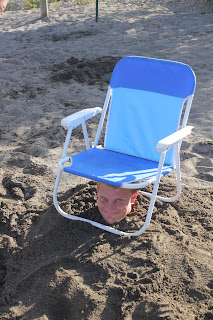 I couldn't possibly blog about our trip to Bear Lake and not post this picture. We had to go out on the boat in two groups because there were too many of us and when we were on our way back in one evening we were looking around for Joe until we saw his head sitting under the chair. Maybe you had to be there but I almost died of laughter!

I'm so happy we were all able to make it out to Bear Lake and hope this can become a tradition! (Thanks again Jeff and Ally!) Although it's somewhat embarrassing, I am definitely glad I am part of the Crew :)